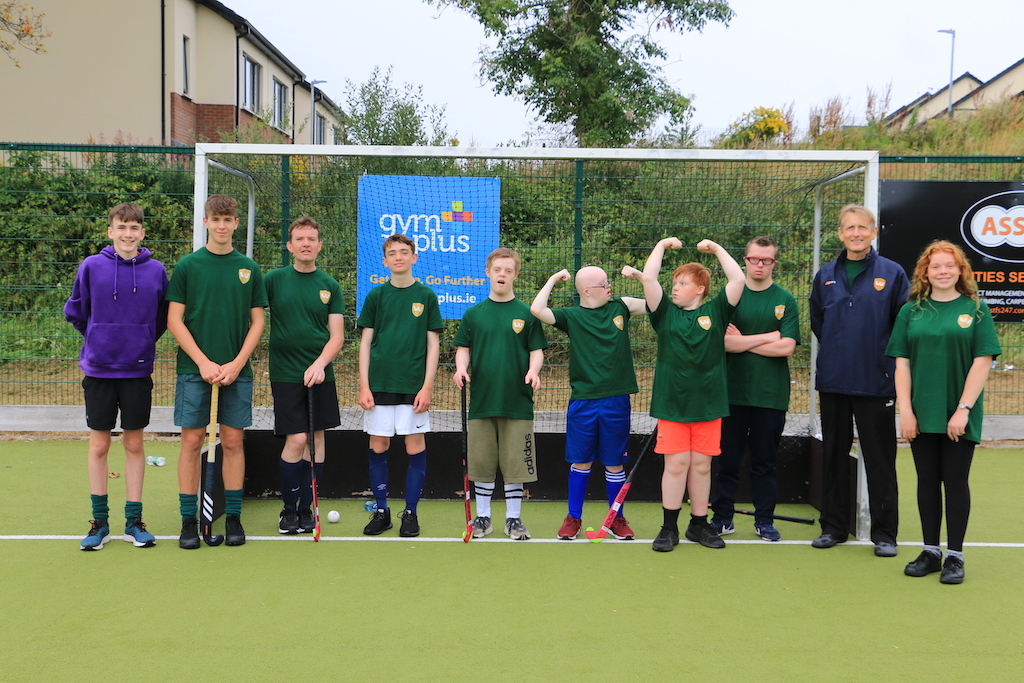 Published: over 1 year ago

Wicklow Vikings, the Hockey ID (Intellectual Disabilities) team from Wicklow, played their very first match last Saturday 14 August at Nelson Park, East Glendalough School. The Vikings began training 8 weeks before the first lockdown in 2020. Their opponents, the Three Rock Rockets, were equal in numbers yet far more experienced, having travelled to play in international tournaments. However, the Vikings had their goalkeeper who protected their goal against the incoming Rockets. The Vikings began to settle after the initial phase of the game. They realised this was a real match and the opponent strong and skilful! The Vikings started passing better and managed to score. The team learned a lot from their first match. Many thanks to the Rockets and their supporters for coming down to Wicklow. It was a joy to see the support on the side lines from parents, family and friends, and of course the coaches. Special thanks to Claire for the professional photography.

Interested in helping with the coaching? The following p...

Coach-the-coaches session for all coaches and assistant c...

REMINDERTo All Members: Now that season has begun its tim...

Hello future umpires !, This message is for all members o...

Get live information for Club on the ClubZap App